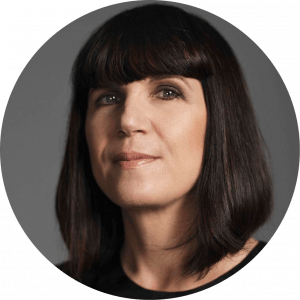 Catherine Mayer, who served as Executive Director of Datum Future from September 2018 – February 2020 before moving to her current role, is a bestselling author and journalist, with a career spanning The Economist, the German news weekly FOCUS and TIME magazine, where she served as Europe Editor and Editor at Large. Her most recent book, Attack of the 50 Ft Women, examines, among other things, the impacts of technology on gender equality.

She served as the elected President of the Foreign Press Association in London from 2003-2005. She is on the founding committee of WOW—the Women of the World Festival, was a judge for the 2018 Women’s Prize for Fiction and is co-founder of the Primadonna Festival.